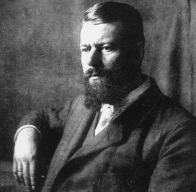 Having recently taught Max Weber’s “Science as a Vocation” (Wissenschaft als Beruf), I noticed that in their response essays many of my students were unsure about when he gave this famous lecture. Some of the students dated the lecture to 1918 and others to 1917. They aren’t alone in this perplexity as one sees both 1917 and 1918 in the English scholarship (especially among non-specialists). Plus on Facebook I’ve now seen two different discussions among colleagues as to the authoritative date. So I’d like to weigh in.

When I wrote The Myth of Disenchantment: Magic, Modernity, and the Birth of the Human Sciences, I also worried about the exact dating as I was attempting to juxtapose occult Germany/Switzerland with Weber’s most famous account of disenchantment.

On the side of the 1918 date, Marianne Weber suggests that the lecture was delivered in 1918 and published in 1919.[i] Similarly, the most widely read translation of “Science as a Vocation” (Gerth and Mills) also gives the 1918 date.[ii] But this dating is incorrect.

The scholar Wolfgang Mommsen found an article in the Munich Neueste Nachrichten newpaper from 1917 that clearly dates the “Science as a Vocation” lecture to November 7, 1917.[iii] Similarly, we have on record a letter (to Marianne Weber) from Frithjof Noack who attended the lecture and dates it to early November 1917.

On the basis of this textual evidence the consensus seems to be that Max Weber delivered “Science as a Vocation” in 1917. It was then first published in printed form in 1919. Hence, the authoritative version of Max Weber’s works (Max-Weber-Gesamtausgabe) also gives 1917 as the date of delivery and 1919 as the date of publication. The November 7 date also appears in Joachim Radkau’s recent biography.[iv]

So consider the matter settled.

PS. On a personal note this is part of why I am thrilled to be able to give a lecture on “Science as a Vocation” and Weber’s notion of disenchantment in Munich this fall, as part of the centenary celebration of his famous lecture.

END_OF_DOCUMENT_TOKEN_TO_BE_REPLACED

“[Spirit] obtains its truth only when, in its absolute disruption (absoluten Zerrissenheit), it finds itself.”